We serve cookies on this site to analyze traffic, remember your preferences, and optimize your experience.

The National conference on recognition of qualifications concluded its work.

On 19th November, 2010 successfully finished its sessions the National conference on recognition of qualifications with international participation. This event was first of its kind in Bulgaria, it took place with an active exchange of experience and open discussions among the conference participants, as well as with practical results for all the national stakeholders. The conference was organised in pursuance of Agreement No: 2010–0130 / 001–001, Project No: 171126-LLP-1-2009-1-BG-KA1-KA1NARIC, co-financed by the Lifelong Learning Programme for the programme period 2010-2011 of Education and Culture DG.

A significant number of institutions nominated representatives for participation at the National conference, including 38 higher education institutions, national competent authorities on 20 regulated in Bulgaria professions, the Bulgarian Evaluation and Accreditation Agency (NEAA), the Centre for Human Resources Development, several units and directorates of the Ministry of Education, Youth and Science, as well as the Bulgarian Industrial Association as a representative of the national employers.

International representatives of the The Network of National information centres for academic recognition and mobility ENIC-NARIC took part in the work of the National conference, including Dr Carita Blomqvist, President of the Bureau of the Lisbon Recognition Convention and Head of the Finnish National Board of Education (ENIC-NARIC Finland), as well as Ms Elisabeth Sonnenschein, Central Office for Foreign Education in The Secretariat of the Standing Conference of the Ministers of Education and Cultural Affairs of the Laender in the Federal Republic of Germany (ENIC-NARIC Germany).

Three questionnaire surveys were made within the project, encompassing 31 Bulgarian higher education institutions, 9 national competent authorities on sectoral regulated professions and 25 national ENIC-NARIC centres. The results of the surveys were reported at the plenary sessions of the conference.

Valuable practical experience was exchanged during the concluding part of the conference, within three discussion groups, thematically divided in terms of important practical aspects of the current credential evaluation activities of the all the participating competent authorities:

A number of practical recommendations, arising from the real challenges of the competent authorities in Bulgaria were discussed during the conference. The participants evaluated highly the results of the conference and came to a conclusion that an annual forum on the development of national and European recognition area would be of high importance. 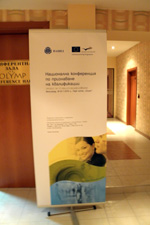 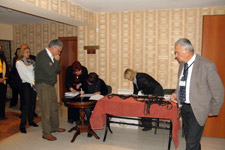 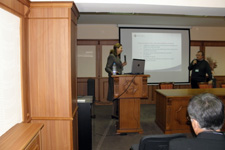 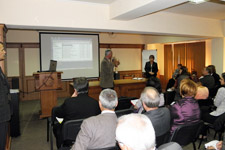 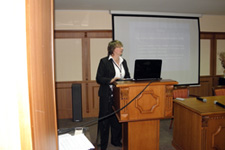 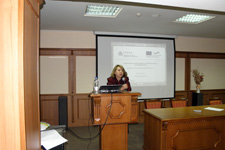 This project has been funded with support from the European Commission. This publication [communication] reflects the views only of the author, and the Commission cannot be held responsible for any use which may be made of the information contained therein.