We serve cookies on this site to analyze traffic, remember your preferences, and optimize your experience.

17.10.2018 Study visit of representatives of partner ENIC-NARIC centers of Sweden, Denmark and Finland in Sofia

On October 8th and 9th 2018 NACID hosted a study visit for exchange of experience and methodology, involving four experts from the ENIC-NARIC partner centers of Sweden, Denmark and Finland.

During the two-days study visit the guest colleagues held several useful meetings for exchange of experience with NACID’s experts as well as with representatives of the Higher Education Directorate and the Qualification and Career Development Directorate of the Ministry of Education and Science, the National Evaluation and Accreditation Agency and management representatives of the Sofia University “St. Kliment Ohridski”, Technical University - Sofia and the College of Management, Trade and Marketing - Sofia.

A wide range of issues of mutual interest were discussed during the above mentioned meetings. The guests from the three ENIC-NARIC centres received detailed information about the structure and system of higher education and the academic recognition in Bulgaria, the current educational policies, the accreditation and post-accreditation procedures, the competent academic recognition authorities and their procedures, the state requirements for acquiring professional qualification “Teacher” in Bulgaria, as well as details about the organization of the educational process in the three Bulgarian HEI’s visited.

During the two days of the study visit were discussed and exchanged valuable information and experience on assessment methods and challenges to academic recognition procedures in Sweden, Denmark, Finland and Bulgaria and a number of other issues related to national education systems and academic recognition. 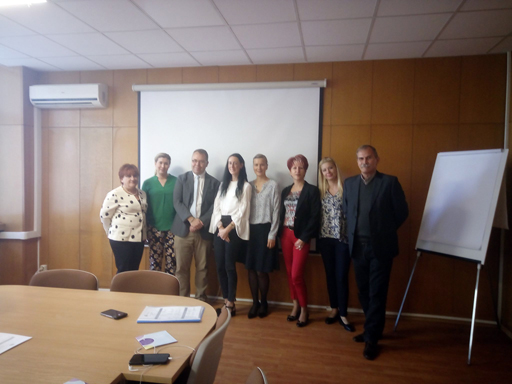 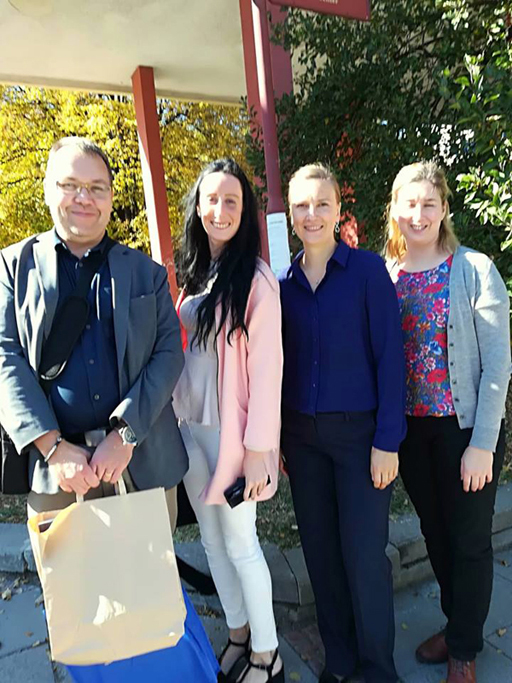 On 27 June 2017, after the end of the annual ENIC-NARIC network meeting in Copenhagen (Denmark), the NACID representatives organized and held together with their partners the second organizational meeting of the consortium on the project "Information System On Pre-Bologna Academic Qualifications" (ISOBAQ) funded under the Erasmus + Program.

The meeting was attended by representatives from the seven consortium partner centers from Bulgaria, Romania, Latvia, Lithuania, Estonia, Poland and Croatia.

During this year’s meeting was presented in details the developed and functioning information system which is due to be uploaded with all diploma samples from the participating countries with the corresponding descriptions. Complete data input methodology was presented and described. An online demonstration of information and data input and uploads of graphics files into the system was presented, during which the core functionalities of the system were discussed.

The financial implementation of the project and the achieved results until the moment were presented and discussed at the consortium meeting too. The parameters of the project, the deadlines, the minimum and maximum scope of its final results, the rules for reporting of costs and other issues concerning the procedures for presenting the collected information and reporting the activities were also discussed.

A representative of the Education, Audiovisual and Culture Executive Agency (EACEA) also took part in the meeting and thus obtained a first-hand information about the current project implementation results, provided answers to certain technical questions and gave important explanations and valuable remarks regarding the efficient utilization of the approved funds.

The possibilities for widening the geographic scope of key project results were also discussed, especially the options for including samples from countries outside the consortium but still within the original financial resources, with a corresponding increase of the duration of the project in case of such widening. It was agreed that the Bulgarian side as a coordinator will explore the possibilities for such an extension of the project results, with a request for an increase of the project duration by no more than six months if necessary, and will notify the partners in the consortium about the final result. 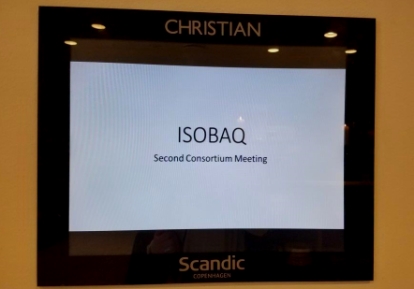 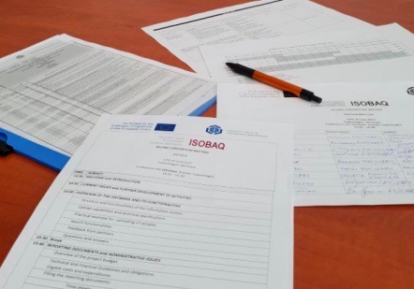 The first organizational meeting on the project ISOBAQ - Information System with document templates for higher education before the Bologna Process took place successfully.

On June 21, 2016 in Amsterdam, the Netherlands took place the first organizational meeting of the consortium of the project "Information system of higher education diplomas before the Bologna Process" (Information System On pre-Bologna Academic Qualifications - ISOBAQ), funded by the European Commission under the program “Erasmus +” priority “KA3: Support for Policy reform”, Sub-priority “NARIC activities 2014-2016”. The meeting was organized by NACID as a leading institution in the project.

The representatives of NACID informed the participants, representing the six partner centers from Romania, Latvia, Lithuania, Estonia, Poland and Croatia about the main activities of the project, the expected results and the contribution of each partner. The schedule of activities during the 18-month implementation period was also discussed, as well as the financial parameters and other issues of mutual interest.

Several bilateral agreements were signed with partner centres, the immediate tasks due to be run at the start of the project activities in 2016 were specified, and the mechanism for financial provision of the partners’ activities was clarified. The participants also discussed the scope of the information that has to be collected, processed and included in the future information system, the technical requirements and the necessary technological functionalities of the system as well as the duration and the characteristics of each of the six stages of the project.

The meeting was constructive and passed in collegial and friendly atmosphere. The next forum of the consortium was agreed to be held in July 2017 in Copenhagen, Denmark, along with the 24th annual meeting of the ENIC-NARIC networks. 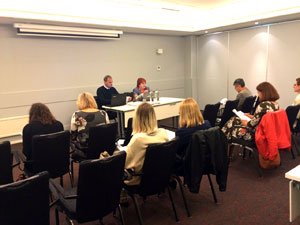 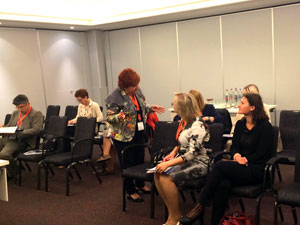 11.10.2012 Тwo-day Regional meeting of the partner ENIC-NARIC centres from the Balkan countries

The Regional meeting took place with the participation of Mr. Jean-Philippe Restoueix from the Council of Europe, Mr. Allan Bruun Pedersen, President of the ENIC network and representatives of the partner centres of Bosnia and Herzegovina, Croatia, Greece, Slovenia, Kosovo, Romania and Bulgaria, as well as experts from the Ministry of the Education, Youth and Science and the Human Resources Development Centre. The representatives of FYRO Macedonia, Montenegro and Turkey could not take part in the Regional meeting despite their initial confirmation.

The Regional meeting provided grounds for improving cooperation and transparency of recognition on the Balkans. The participants exchanged information about other network partner's HE systems, methods and procedures of recognition; quality assurance, NQFs and correspondence to EQF; shared information on specific national challenges, problems and obstacles in recognition process and ways for tackling them, the European Area of Recognition manual and other tools for academic recognition and other issues of mutual interest.

NACID is pleased to inform that NACID’s project “Recognition in Balkan region: Improving the area of cooperation and trust. Regional meeting of national ENIC-NARIC centres” has been selected for Community co-financing by the Lifelong Learning Programme, through it’s Invitation addressed to the Network of National Academic Recognition Information centres (NARIC) for the programme period 2012-2013.

12.03.2010 Meeting of the contact points for the recognition of professional qualifications in Brussels

11.03.2010 A NACID’s project has been selected for Community co-financing by the Lifelong Learning Programme for the period 2010-2011.

NACID is pleased to announce that it’s project “National conference on recognition of qualifications” has been selected for Community co-financing by the Lifelong Learning Programme, through it’s Invitation addressed to the Network of National Academic Recognition Information centres (NARIC) for the programme period 2010-2011.

The aim of the project is to introduce the contemporary trends of the recognition of qualifications in line with the Bologna process, to provoke discussions on the procedures and existing practices of the competent authorities in Bulgaria and abroad. Major problems and obstacles of the credential evaluation activities will be formulated and possible solutions and optimisations will be suggested. Good international practices and challenges arising from the Lisbon objectives and Bologna process will be presented and discussed.

The objective of the project is to enhance substantially the effectiveness of the competent authorities and key players in Bulgaria and to contribute to implementing recent approaches in the field of recognition of qualifications within the European Higher education Area and the Lisbon Strategy. The conference will take place on 18-19 November 2010.